Another blogger (neuronotes) put forth the notion that learned members of the scientific health community have suggested that the apostle Paul suffered terrible trauma mentally. Citing various medical personnel, and I noticed a book mind you on the NY Times bestseller list, they lay out a case against the chief of sinners. These so-called accusations against Paul are simple decoys as an argument against a God in heaven.

YET the writings conclude: ‘The true state of the apostle Paul’s health cannot be known:

But The apostle is still charged with ‘temporal lobe disorder,‘ a condition affecting 1-2% of the population, including epileptic attacks and seizures, therefore casting aspersion on his person and sanity, which explained his hallucinations, therefore making him an incredible witness, and calling into doubt his ministry and tossing aside his epistles as rubbish, and the obvious ancillary connection, that Christianity is a fraudulent faith. 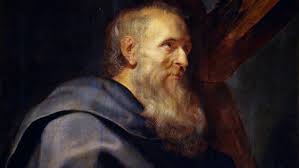