Hickory dickery dock, three mice ran up the clock. The clock struck one, the other two escaped with broken legs……..and soon filed a lawsuit against the owner for an unsafe clock. The mice won hands down. 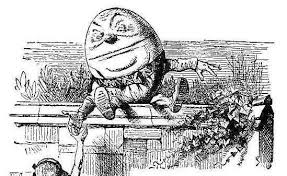 Jack and Jill went up the hill. Jack was charged with trespassing and Jill complained of sexism that she had to carry a galvanized pail of water, while the Fish and Game commission examined the pail for illegal earthworms. They found none, but by this time Jill’s feet were sore because of her high heels, and threatened Jack with a lawsuit saying he caused her to tumble-down the hill. I say it was the shoes.

Little Jack Horner sat in a corner. He was accused of putting glue in Ms. Muffets hair. It was really a spider’s web, because the…

3 thoughts on “Grim tales in a sea of hope”