A master architect built a fine estate on a thousand acres, high atop a hill, with views exceeding 5 countries. A massive display of craftsmanship, skill, foresight, after sight, knowledge, as well as an unequalled eye for detail in hiring the finest tradespeople of the world to erect his vision, brought him acclaim from far and wide, and rightfully so. 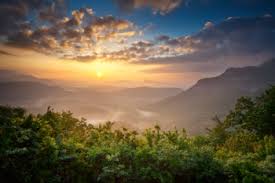 Years of planning and construction gave birth to a place among places, a piece of heaven on earth where the visitor could only say: Wow. That’s right, to describe the finished product with words would diminish the result. There are no words to speak of such magnificence.

There were rooms with five ft. ceilings,  and rooms with vaulted ceilings of twelve, twenty-four, and fifty-six feet. There were pool rooms with 3 and 9 ft tables with gorgeous cues, and there were Olympic pool rooms which would make Michael Phelps envious.