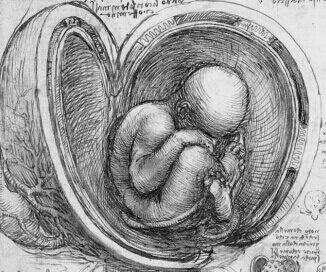 Leonardo da Vinci’s sketching of an unborn baby, circa 1512

Speak up for those who cannot speak for themselves… -Proverbs 31:8

At the time of this writing, since the American legalization of abortion, 59.8 million human beings have been aborted in their mother’s wombs in the U.S. That number worldwide, since 1980, is close to 1.5 billion. Over a generation after America helped fight a war that ended the Jewish Holocaust, our country had hypocritically legislated that some of the most vulnerable among us can be killed on a whim.

As an apologetics ministry…as Christians period, we must speak out in defense of those who cannot speak for themselves. The Constitution of the United States of America proclaims “We hold these truths to be self-evident, that all men are created equal, that they are endowed by their Creator with certain unalienable rights, that among these are Life, Liberty…