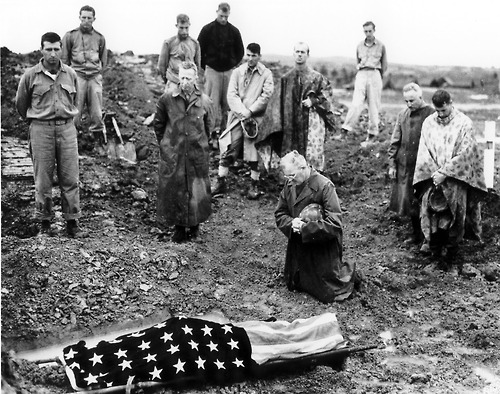 Marine Colonel Francis I. Fenton, kneeling prays at the foot of his son’s grave on Okinawa 1945 Friends of Padre Steve’s World, Tom Brokaw wrote: “At the end of the twentieth century the contributions of this generation would be in bold print in any review of this turbulent and earth-altering time. It may be historically […]

via What Can You Do for Your Country? Thoughts on the Passing of the Greatest Generation and an Unending War — Padre Steve’s World…Musings of a Progressive Realist in Wonderland