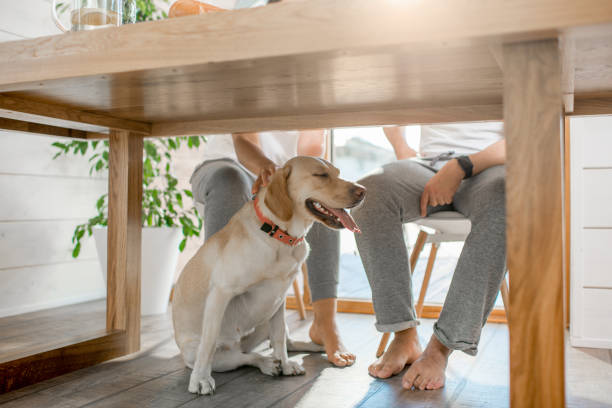 Dogs get scraps under the table

Jesus had been pretty busy. He took a trip to a new area thinking he could get away for a while. He entered a house there where he did not think he would be found, but he couldn’t escape notice.

She asked Jesus to cure her daughter. While not a part of the in crowd, she believed in Jesus completely. She knew Jesus could heal her daughter. She was not to be deterred. She begged Jesus to help. So imagine her surprise at Jesus answer. “Stand in line” He says. Really? He says a few more things intended, on the surface, to discourage her.

She said, “Of course, Master. But don’t dogs under the table get scraps dropped by the children?” This impressed Jesus. He told her to go home and that her daughter was healed. Imagine impressing Jesus. What is the key? Don’t get discouraged. Keep asking…