An everyday complaint in blogsville is filed somewhere against  ‘Faith is believing in what you know ain’t true,’ a common  short-sighted idea attributed to Mark Twain. This is usually cited to rail against the scriptures, God, and people of faith. An alleged ‘ace in the hole’ of an argument that supposes things not seen cannot be proven.  Of course many hop on this short train trip as it heads off the cliff of reason and reality. Which reminds me. 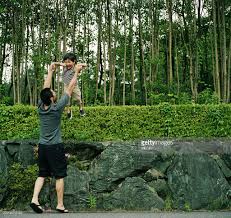 A child of two is standing atop a wall, 6 feet off the ground. Her father standing below her says ‘Jump honey.’ Of course she is immediately fearful and shakes her head sideways. She doubts. She never jumped before; she has no evidence, she was never in this place on this wall; she never saw her father below her looking so small and far away. ‘C’mon, I’ll catch you.’ She hopes